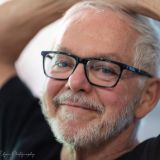 Bill EdgarPhoto Uploaderil y a 9 mois
That description is not what I entered. This is a U.S. Marine Corps VMA-124 A-4 Skyhawk, not a TA-4 and nothing to do with Singapore. Not sure why it's showing that way.
Report

Alan Brownil y a 9 mois
They stick a tail number in to the internet and whatever comes back is what they use. It isn't always right, even if you told them what it was. It is still a good photo and thank you for the correction. It is great to know more about the aircrft in the photos.

Tony Pillingil y a 9 mois
What are all the ropes for, its not going to blow away.
Report

Bill EdgarPhoto Uploaderil y a 9 mois
For Bryan (and others who might be interested)...I shot this photo in late summer 1973 when NAS Memphis was still an active base. Canon F-1, Canon FD 135mm f2.5, Tri-X @ISO400
Report

Bill EdgarPhoto Uploaderil y a 9 mois
For Tony, looks like standard Navy tie-down procedure. They don't give ground crews the option to decide. That being said, Memphis gets its share of wicked convective weather especially in late summer when I took this photo.

For Colin, I only put in the numbers, FA's algorithm adds the "N" automatically for some reason. I also cannot find "U.S. Navy" or "U.S. Marine Corps" in the list of available airlines sadly. As I mentioned in my first comment, FlightAware's automated system made an erroneous association to Singapore and incorrectly named this a TA-4 despite me correctly entering the data.
Report

a mentoril y a 9 mois
FA automation induces MANY factual errors which we need to correct in the initial posting as was done here. The stinkin' TA is obnoxious to those of us who care, but we still get to post our memories. Thanks Bill :-)
Report

Richard Averyil y a 9 mois
Does not look like a TA4 to me. Maybe A4M
Report

Richard Averyil y a 9 mois
I believe that the A4F’s and newer had bent inflight refueling probes. The A4M came out in 1970. So, perhaps not an A4M per my first post.
Report

Greg Byingtonil y a 9 mois
Bill, this is a really nice photo, and I see that you have posted quite a few very nice pics. I like them all. Regarding this particular photo and a/c, let me try to help. "A4" is the correct ICAO Aircraft Type Designator Code for all variants of the Douglas A4 (or A-4) Skyhawk. So, you used the correct code. However, the mystery is the name/nomenclature that FlightAware displays for a specific type code. It is often not correct, not current, or at least not the most generally accepted/well known. In this case, there were A4s built for Singapore. That is: "Singapore A-4S /S1 /SU and TA-4S /S1 /SU (All were U.S.N. A-4B or A-4C models.)"

These were only a small number of all the Skyhawks built. So, why FA displays a name with Singapore in it is a mystery, at least to most of us. I've run into this situation a few times myself. For example, the type code for all variants of the Lockheed Constellation is CONI. But FA always displays "Lockheed EC-121 Constellation" as the name. Sure, a few Constellations were military EC-121s, but most were not. Anyway, now I just try to make sure the type code is correct regardless of what FA calls it.

Another issue with FA is the N number. If you enter five or fewer characters, e.g. 8602, or 123AB, FA will automatically put an N at the front of your entry. But military serial numbers usually have six or more numbers, often with a "-" in the middle somewhere. In that case FA does not put an N at the front. A couple of times I've had a military serial number that was had fewer than six digits. In those cases I've added a "00" at the front of the SN.

As far as this particular a/c I believe the actual SN is/was: 148602. The military seems to often drop the first digit or two when they paint the SN on the a/c. If that is correct, I found this on Joe Baugher's web site <http://www.joebaugher.com/navy_serials/thirdseries18.html>:

But I also found this:

That's interesting since it looks like the back end of 148602 was combined with the front end of two different a/c. Hmmm... Interesting. But you'll notice in one of the above entries it indicates that at some point 148602 acquired a civilian N number, N215AT. When I checked the FAA database I found this:

Another entry above indicates a civilian N number of N518TA for 158486. For this N number the FAA shows:

It might make some sense to call it a TA-4J if the back end of an A-4L was connected to the front end of a TA-4J. And the TA-4J has the current registration. And another entry here...:

...indicates that 158486 is an airworthy TA-4J privately owned in Ontario, Oregon, with an FAA Registry of N518TA. The same site indicates that 148602 is (or was?) an A-4C "Under Restoration or in Storage" and "stored for restoration to airworthiness by private owner in Bellevue, Washington." It shows an FAA Registry # of N215AT. So, the back of your A4-L (or A4D-2N, depending on when it was converted) might be an airworthy part of a TA-4J. I'm no expert, and all this is based on my experience with FA and a couple of hours of research on the a/c in your pic. If anyone has more/better/different information I would be happy to hear/see it. Keep up the great work, Bill! (Oh, and I'm sorry this comment is so long. I hope it helps.)
Report

Chris Croftil y a 9 mois
The TA designation makes it tandem seat trainer. This is clearly a single seat A-4. Why all the confusion?
Report

a mentoril y a 8 mois
GREAT POST @Greg! Bury them with tons of accurate data that is indisputable!! Keep it up
Report

Greg Byingtonil y a 8 mois
Thanks, a mentor. But I wasn't trying to cause confusion or just give a pile of info. I wanted to let Bill know that he used the correct type code and that sometimes FA adds an N to the registration number even if you didn't want one. I also never tried to imply that the a/c in the picture is a TA-4. As I stated it is either an A4D-2N, or an A-4L, depending on when it was converted. If someone can tell the difference between those two based on the picture then please let me/us know. After that I was just curious as to what might have happened to this bird. I did a little research and figured I would share it in case Bill, or anyone else, was interested. Thanks, again!
Report

Bill EdgarPhoto Uploaderil y a 8 mois
Great info Greg Byington...thanks for doing that research. I'll try affixing a few 00s at the front of future military a/c where only four or fewer numbers are discernable.
Report