Reminiscences of a U2 pilot

Soumis il y a 10 ans
The trade-off of a plane built light enough to fly above 70,000 feet is that it is almost impossible to control. And 13 miles above the ground, the atmosphere is so thin that the “envelope” between stalling and “overspeed” — going so fast you lose control of the plane, resulting in an unrecoverable nose dive — is razor-thin, making minor disruptions, even turbulence, as deadly as a missile. (www.nytimes.com) Plus d'info...

smoki il y a 10 ans 0
The U2 was a dangerous machine in terms of its controllability at high altitude. It flew in the classic (peaked) coffin corner of its flight envelope in high altitude cruise and as such required auto-pilot to keep it under control. It truly typified that old sage: Hours and hours of boredom punctuated by moments of stark terror!

Powers' accident remains clouded in mystery with some conjecture that like his eventual fatal helicopter accident in 1977 as a traffic reporter pilot for KNBC Los Angeles he flamed out his U2 due to fuel starvation which seems a bit over the top but not entirely implausible. He also carried pressurized hydrogen in bottles as a fuel augmentation source for the U2's engine at its high operating altitude. Its further conjectured that as a result he was forced to descend to a lower altitude for a relight whence he was successfully intercepted by an SA-2 missile (same AA missile used extensively in the 60s & 70s by North Vietnamese Air Defense Forces).

Unlike normal fighters which could easily evade the SA-2 if observed by the pilot, the U2 had no such manueverability given its lightweight construction and aerodynamic roll inertia. The Soviets did succeed in shooting down one of their own MIG-19s on that May Day in 1960 with their barrage of missiles launched at any available target in the area after Powers was probably already down. Kruschev had given the order to down the plane (the Soviets had known about the overflights from the beginning) at all costs including ramming it with an unarmed fighter presumably able to zoom climb to the U2's cruise altitude but that reportedly didn't work either. The SA-2 could not likely have guided to 70,000 ft. It simply would have run out of aerodynamic control in that thin atmosphere given its mass. It could only hope for a lucky intercept as it climbed ballistically.

Sadly Power's life ended at age 48 in 1977 when he tried to stretch a helo "glide" to a safe touchdown (no auto-rotation) near Burbank (Sepulveda Dam area) but ran out of airspeed and crashed killing himself and his cameraman. The helo had only 5 ounces of fuel remaining in its fuel lines. It was otherwise determined to be functioning normally. He was given credit, though again by conjecture, that he purposely risked crashing when he saw people on one of the ball fields in the recreation park near Supulveda Dam that he presumably had picked out for landing initially and overflew it losing control and crashing.

His son, Gary Powers Jr, continues today speaking in his father's defense 50 years after that fateful May Day 1960. So its goodbye Dragon Lady! You were a credit to your design team and to the crews that operated you for lo these many years.
Répondre ↓•Permalien•Report

Ralph Wigzell il y a 10 ans 0
The best I've done is in the 40s. The view from up there is amazing, so I can imagine how thrilling it is up at 70. Amazing machine flown by amazing guys. The SR-71 should be equally as exciting.
Répondre ↓•Permalien•Report 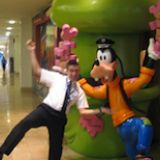 Joel Rodriguez il y a 10 ans 0
Karl, great article. I had to go watch the video on YouTube again. To be at 70,000 feet would be amazing. The video always leaves me speechless, in awe, words cannot explain. I envy these brave pilots. http://www.youtube.com/watch?v=x6cZLfK4Zjk
Répondre ↓•Permalien•Report